The school principal contacted us so that we could do a mural painting workshop with the school’s children. The main idea was to paint a mural together around the theme of the sea, on the walls of the schoolyard.

To do this, they sent us drawings of the children of the school where characters and concepts related to the sea were represented. Since we had elements of both the land and seabed, we decided to draw a concave line. In this way, we could include all these elements in the same painting.

In the submerged space, you can see a large purple octopus surrounded by seaweed, corals and other underwater animals such as starfish, hermit crabs, sea horses, another small octopus and a few schools of fish in the background. In the centre of the mural is a dolphin that rises to the surface, where you can also see a seagull flying through the sunny sky, a sailboat and a lighthouse. 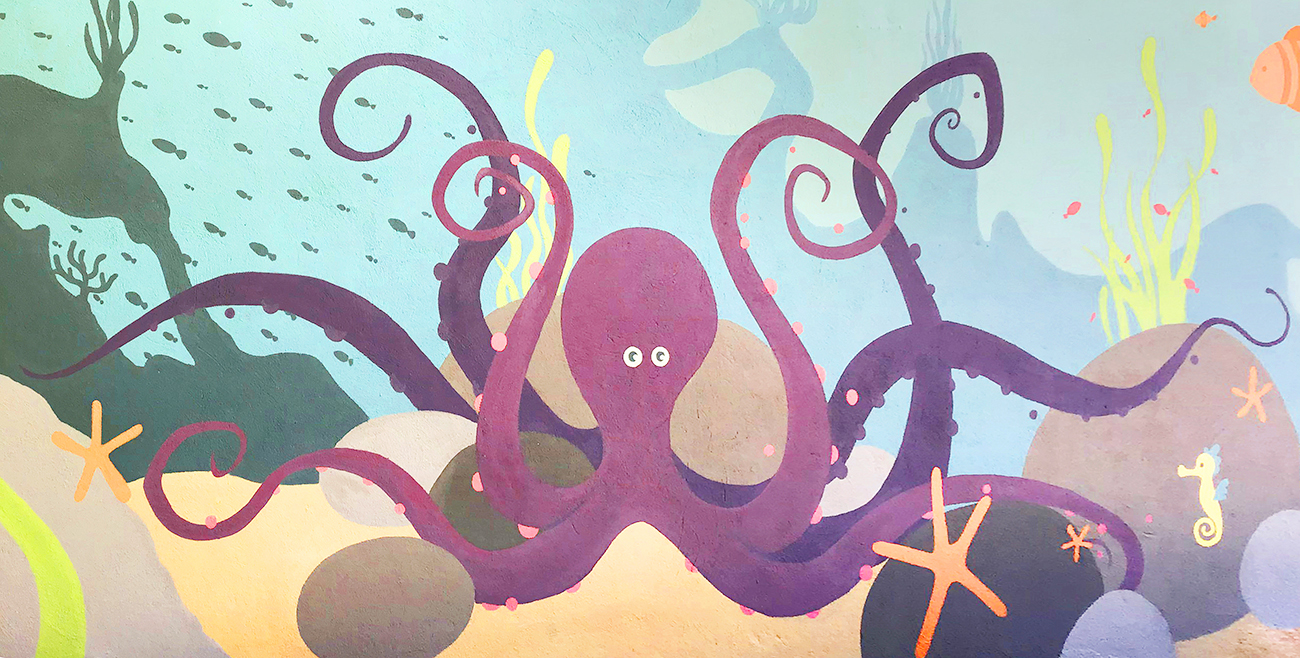 We organized the workshop as usual. We divided the children into groups so that each of them could take turns. Each group received the necessary material and explanations to paint its part of the painting. So, group by group, they participated in the painting of the mural, until all that was missing were the last details and touches made by the Petit Mural artist…. and the painting was already finished!

We would like to thank the teaching staff of the school La Bergerie from Bouc Bel Air for their participation in the project and for having counted on us for the organization of the workshop. It has been a pleasure to collaborate with the children of the school and we are very happy with the final result, we hope you will enjoy it! 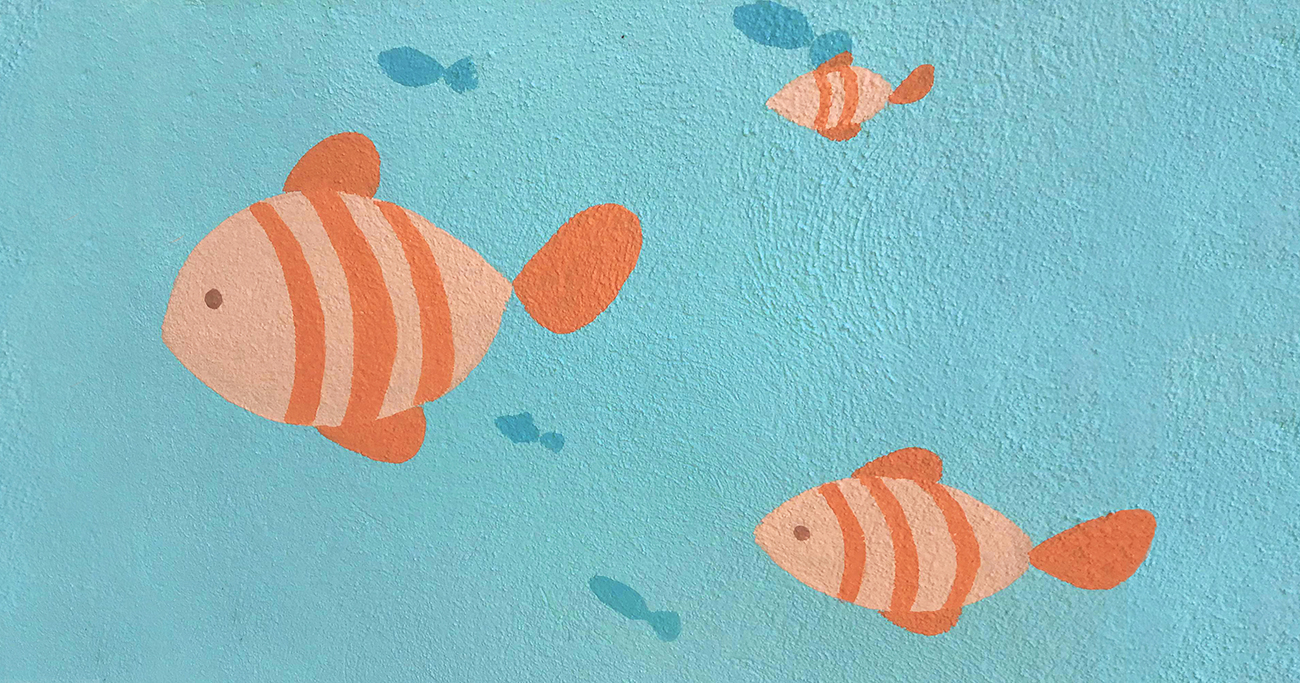