The little mural of the school Castell Ciuró

The primary school Castell Ciuró in Molins de Rei wanted to decorate the children’s playground, to bring the school back to life. The school administration had a very clear idea of the theme to be represented. It was therefore easy to ask the kids to draw their ideas around this chosen theme in order to make the final sketch.

The several themes to be represented on the walls, should refer to the basic standards that children must follow in their daily routine and life. A healthy and balanced diet, sport, rest, love, hygiene and culture were the chosen themes. Thus, at the same time as the space was decorated, the painting was used as a didactic support for children.

In order to illustrate these activities, we assigned a color for each theme to be developed. On the paintings, the elements referring to the theme were represented. Yellow for culture, orange for sport, green for a healthy diet, red for love, blue for rest, and purple for personal hygiene.

Thank you very much to the participants for making such a beautiful courtyard! 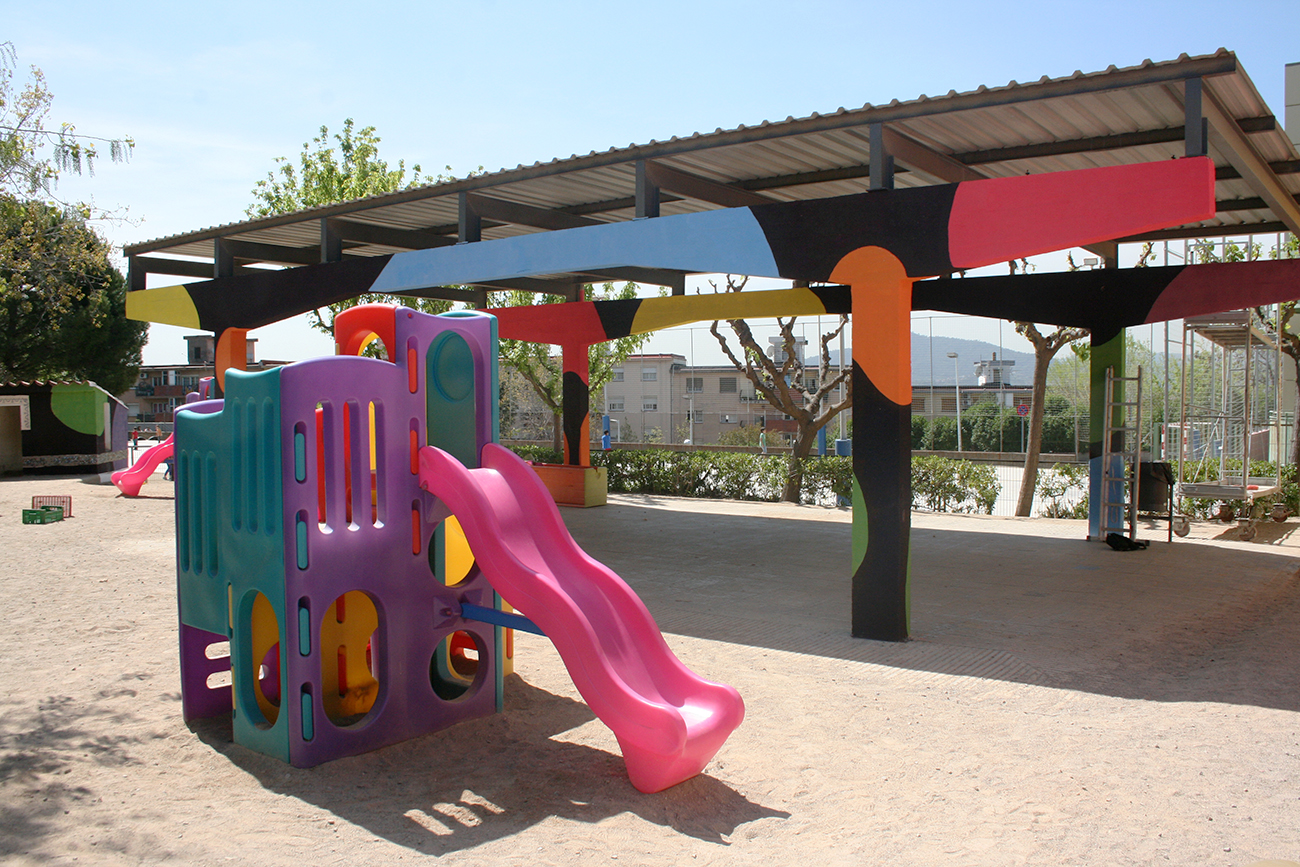 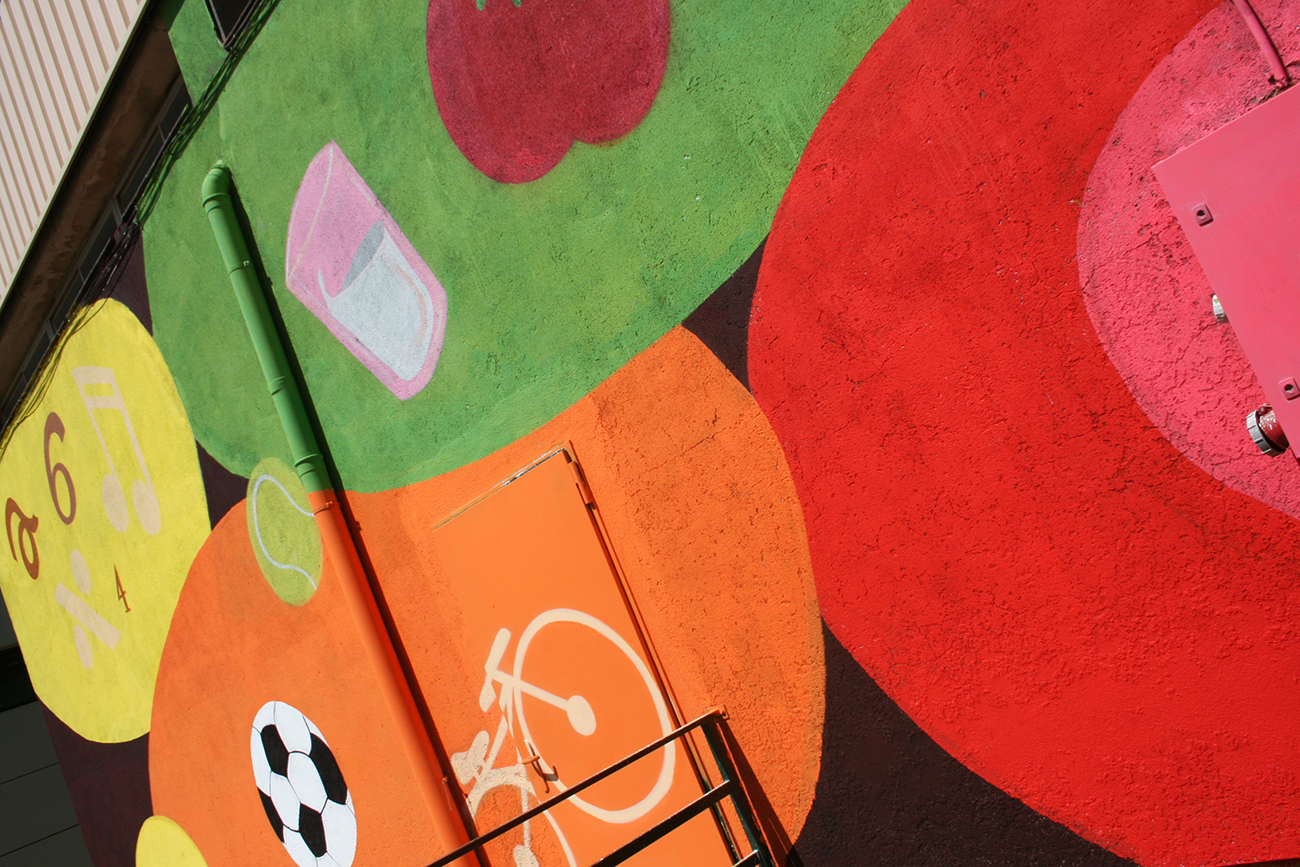