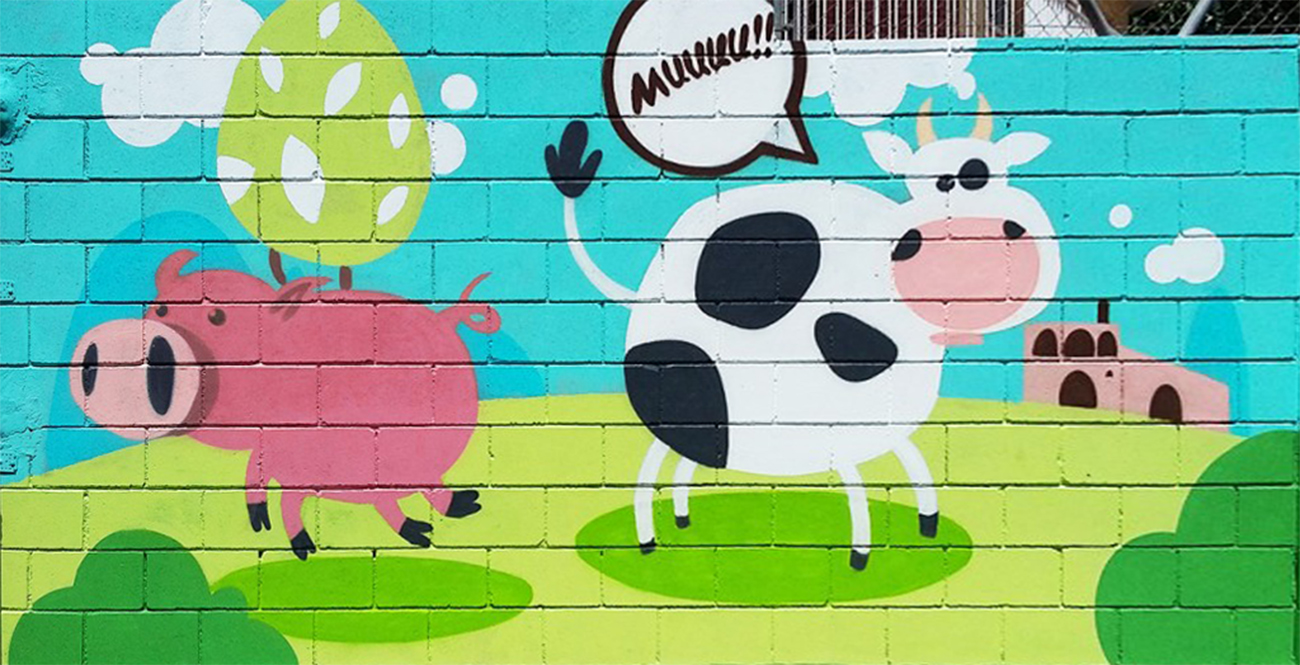 The little mural of the school Arrels Blanquerna

The school playground needed renovation and the school contacted us to restore its walls. During the realization of this painting we did not call upon the children for any of the steps, neither in the painting, nor in the realization of the front sketch. Indeed, the work carried out was intended to decorate the walls of a schoolyard, which had deteriorated over time due to capricious weather conditions.

We made a sketch while being guided by the school’ director. This sketch had to include strokes with strong colours and represent scenes of nature while leaving room for imagination. In this scene, children from different backgrounds play together and become friends. It also seemed important to highlight the fact that the school could give courses in German, Mandarin and English in addition to the official languages taught in Catalonia. The final result appeared as a combination of these requests. In order to set up these requests, we used a very varied palette of colours that bring to life walls that had been neglected for a long time. With the help of these colours we were able to represent a scene of nature with small hills where girls and boys, animals, and fantastic characters play, to highlight the playful aspect of the decorated space. In order to satisfy the request of representing the foreign languages that are taught, we carried out dialogues between children where they speak the different languages taught in the school.

We hope that Petit Mural’s contribution to the school will satisfy young and old for many years to come! 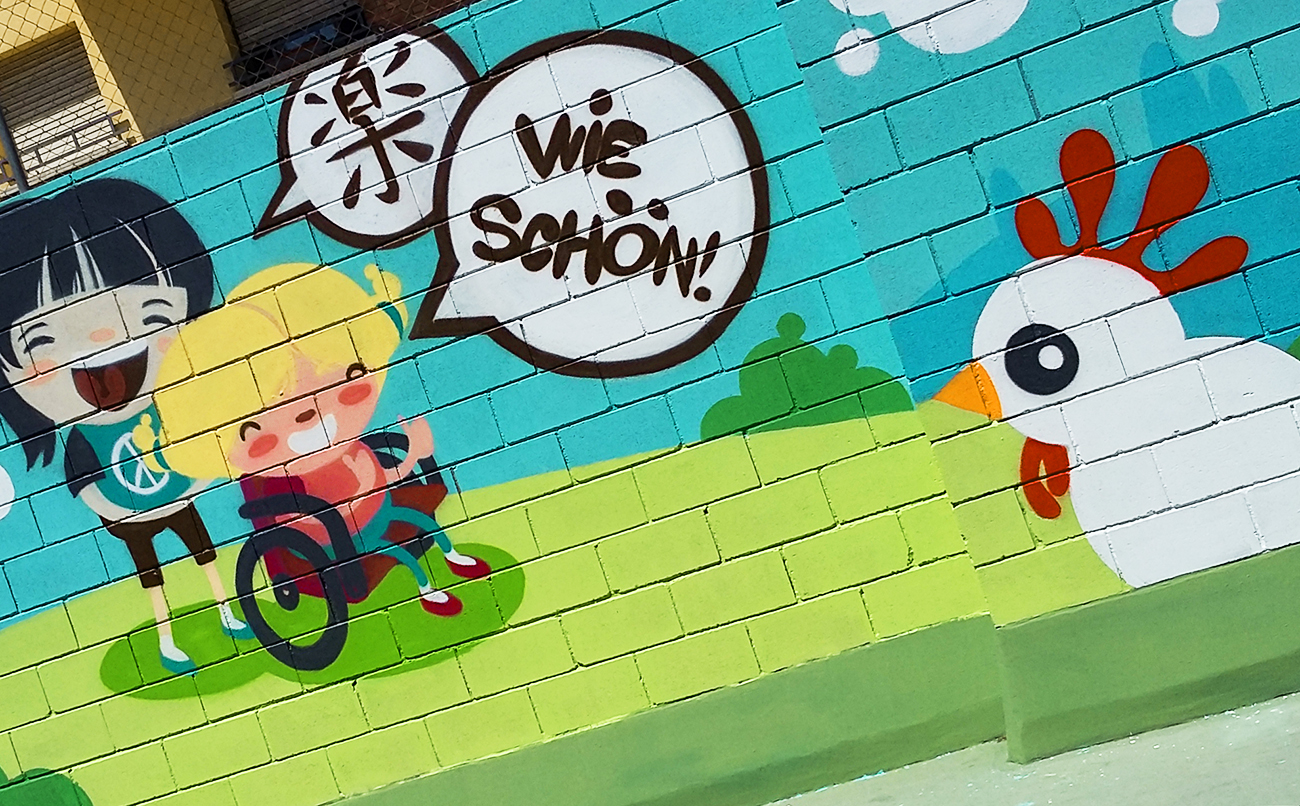